IPEN is the International Physical Activity and the Environment Network that coordinates learning on how to build active cities worldwide under the leadership ofJames F Sallis, PhD, Department of Family Medicine and Public Health at the University of California, San Diego, USA. 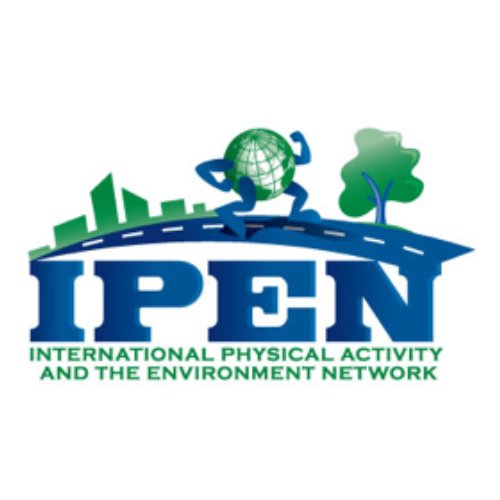 IPEN is the International Physical Activity and the Environment Network that coordinates learning on how to build active cities worldwide under the leadership of James F Sallis, PhD, Department of Family Medicine and Public Health at the University of California, San Diego, USA.

The findings were similar across countries. Thus, it appears that designing to cities to be “activity-friendly” is a globally-applicable solution to the pandemics of inactivity and non-communicable diseases such as heart disease, stroke, diabetes, and some cancers.

This study is special because it was conducted in 14 cities in 10 countries on 5 continents, with countries including Belgium, Brazil, Colombia, Czech Republic, Denmark, China (Hong Kong), Mexico, New Zealand, the UK, and the USA.

The measures were objective, with environment measures assessed from government records using geographic information system (GIS) mapping software, and physical activity assessed with electronic accelerometers worn on the waist. The use of objective measures provides more confidence in the findings. Investigators in each country collected data using similar procedures so results would be comparable across countries. Over 6800 adults were included in the analyses.

People were most active when their neighborhoods were densely populated, had several parks nearby, had good access to public transport, and had highly connected streets that provide direct routes from place to place. These principles of active cities applied across the 14 highly diverse cities. Some cities, such as Hong Kong and Aarhus, Denmark were especially well designed to encourage active transportation. Other cities, such as those in New Zealand had many parks, which helped people be active for recreation.

These results identify several aspects of the design and management of cities that can be altered to increase physical activity and reduce risk of obesity and non-communicable diseases. Implementing these changes will require the collaboration of health professionals with diverse sectors of government and society, including city planning, transportation, parks and recreation, and real estate development. Health professionals have a responsibility to become informed advocates for creating healthier environments. Ensuring cities are designed to be “activity-friendly” should now be considered an international health priority.

Professor Billie Giles Corti is a key member of the IPEN network and Walk21 is delighted that Billie sits on Walk21’s Advisory Board.